The increasing microplastic pollution, together with the plastisphere-associated ecological threats in coastal areas, have aroused global concern. Tropical cyclones have increased in both frequency and intensity under global warming, causing an intense impact on the microplastics distribution and the structure of coastal ecosystems. However, until most currently, the extent to which typhoon impacts the microplastics and plastisphere community remains poorly known. 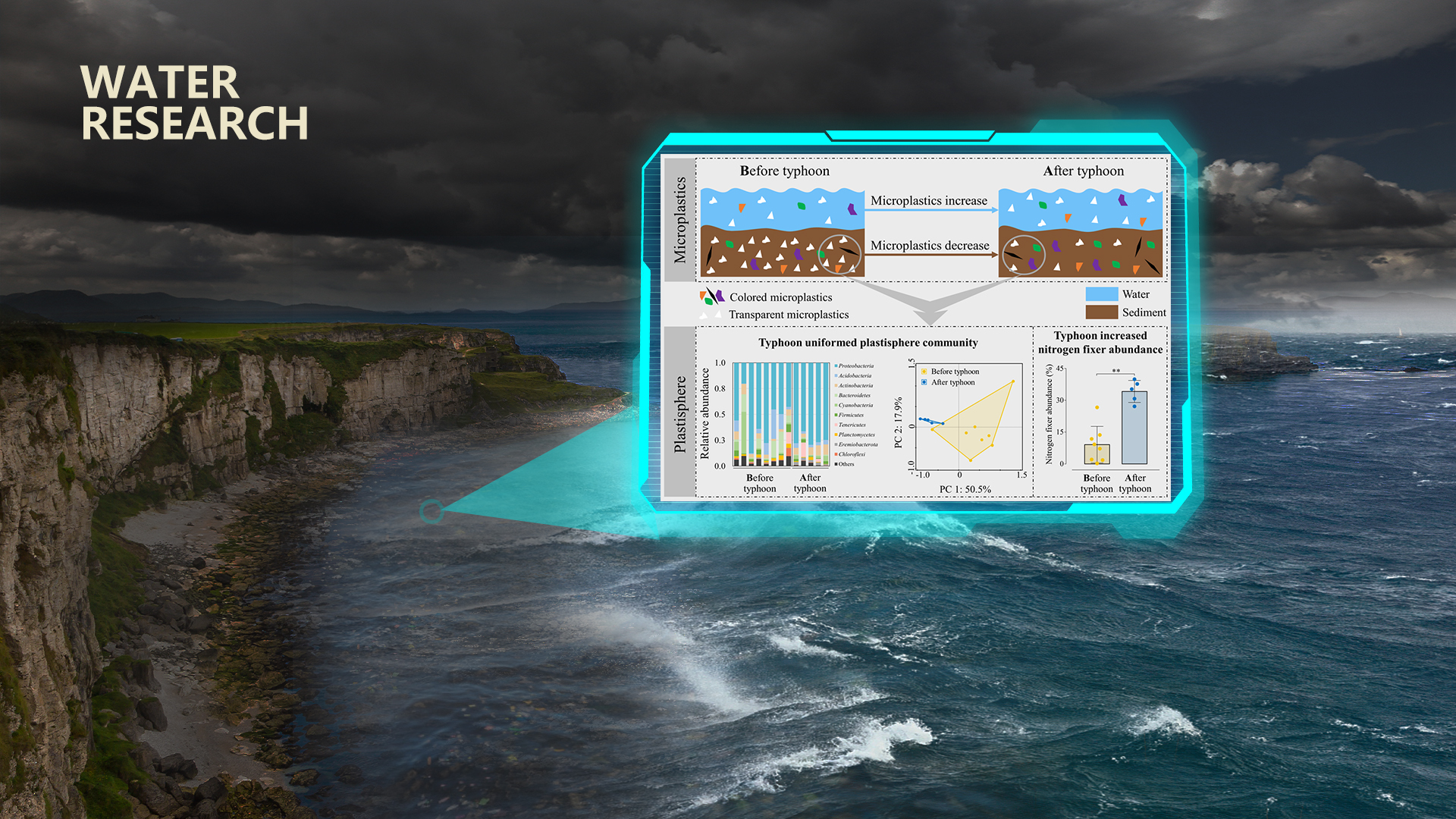 Recently, researchers from the Southern University of Science and Technology (SUSTech) published a paper on the subject. Their study, entitled “Typhoon-induced turbulence redistributed microplastics in coastal areas and reformed plastisphere community,” was published in the journal Water Research. The emergence of plastic has provided huge social benefits but also brought serious environmental problems. Due to the long half-life and the hydrophobic surface of plastics, it is generally believed that microplastics can be served as vehicles to promote microbial colonization and biofilm formation, the so-called “plastisphere”, and eventually become a pelagic habitat for microorganisms. At the same time, microplastics provide more ways for the long-distance transmission of potentially pathogenic microorganisms, posting ecological impacts on the original ecosystem.

Extreme storm events, such as tropical cyclones (i.e., tropical storms and typhoons), can significantly affect coastal ecosystems. However, limited studies have been conducted to investigate the effect of typhoons on microplastic abundance, composition, and distribution to date. Given the growing ecological concerns aroused by increasingly frequent and severe tropical cyclones, such effort is of no doubt inadequate to clarify the impacts of typhoons on the coastal microplastic distribution. 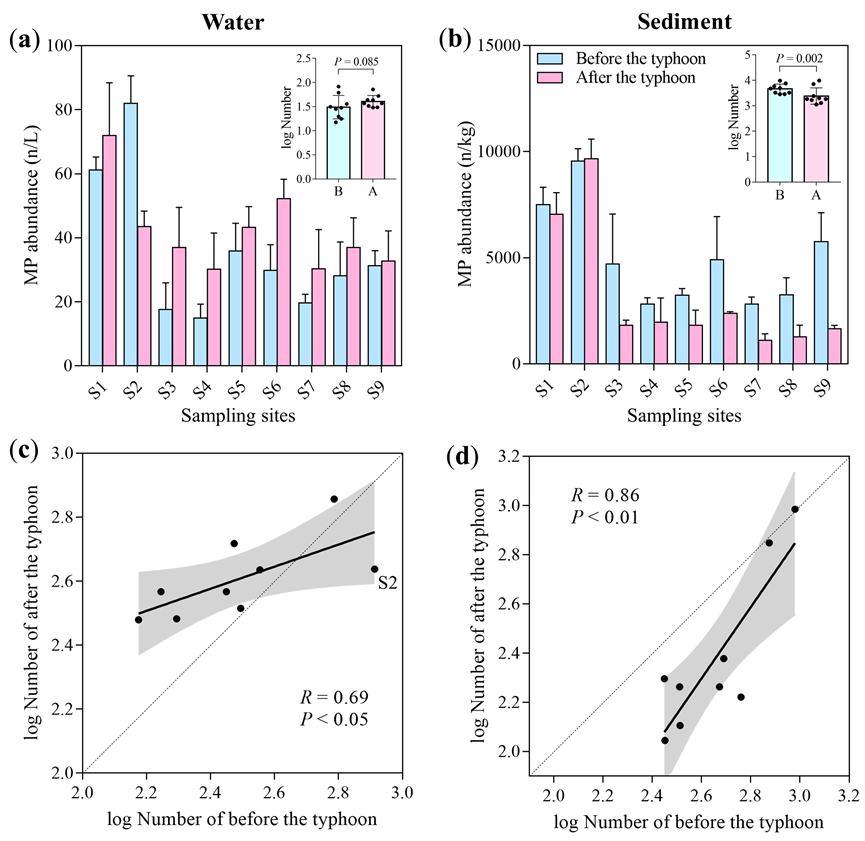 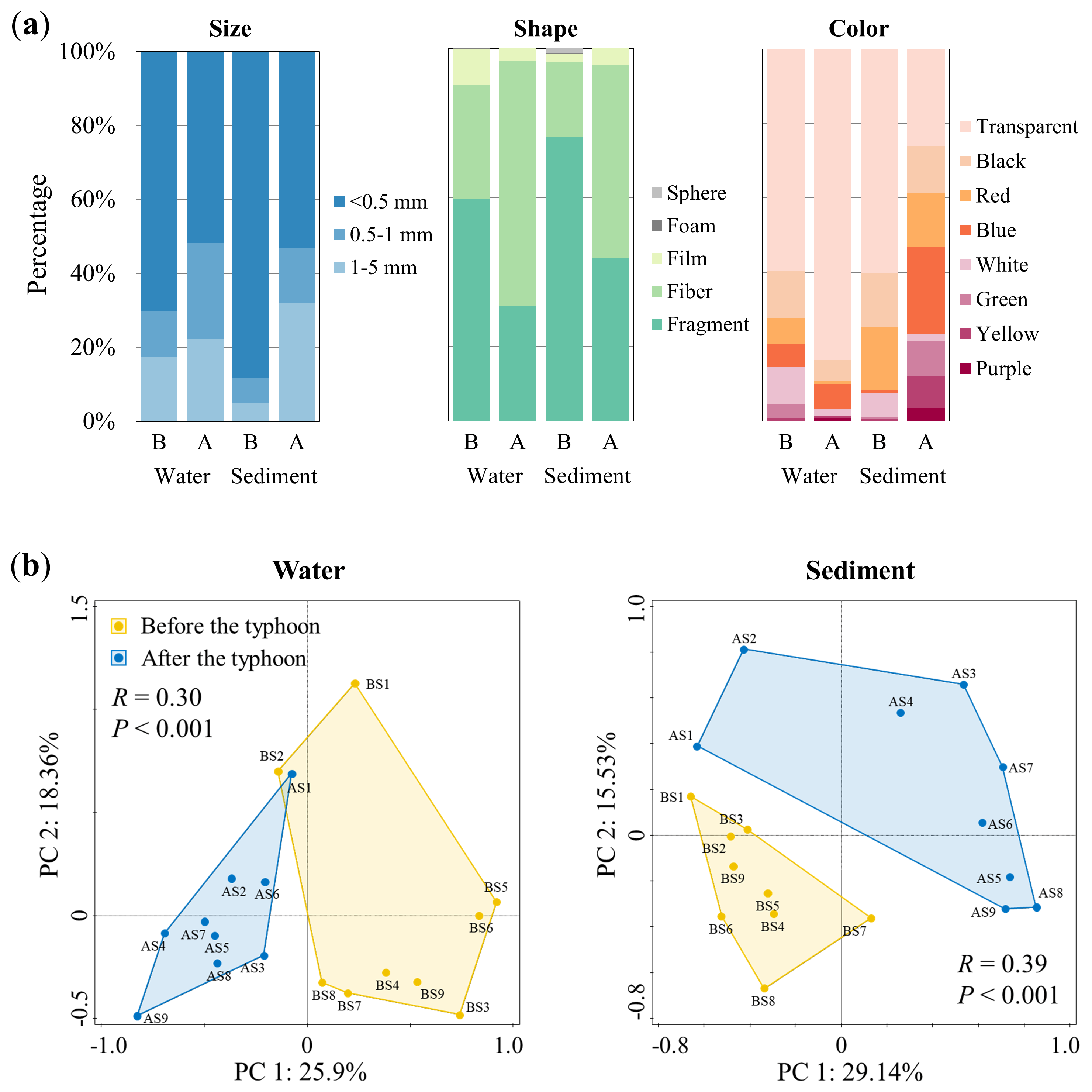 The study found a significant typhoon-induced increase in microplastic abundance in surface water, whereas an opposite trend was observed in sediment. Despite the evident transportation of microplastics from sediment to surface water by agitation, a possible microplastics influx was introduced by typhoons, as evidenced by the prominent attribution of unknown force in source tracking analysis.

Additionally, typhoons have adeptly uniformed the plastisphere community in the sediment along the 190km coastal line overnight. A significant increase of nitrogen fixer, Bradyrhizobiaceae, was observed ubiquitously after a typhoon, which might alter the nitrogen cycling and increase the eutrophic condition of the coastal ecological system. Together, this study expanded the knowledge about the impact of a typhoon-induced influx of microplastics on coastal biogeochemical cycling. 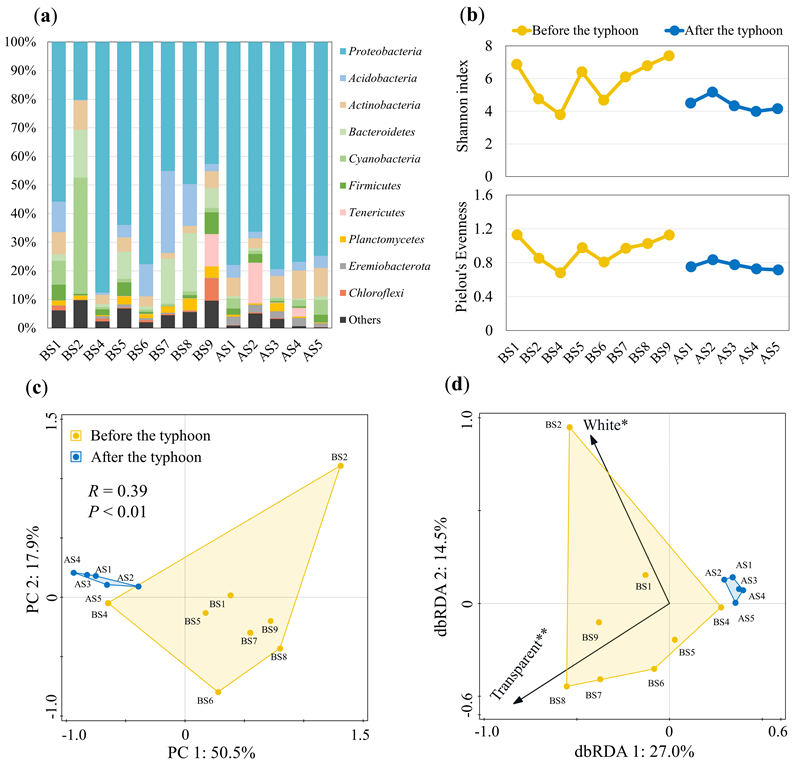 Liming Chen, a postdoctoral fellow, and Jiangpeng Li, a Ph.D. student, are the co-first authors of this paper. Associate Professor Yuanyuan Tang and Assistant Professor Yu Xia from the School of Environmental Science and Engineering at SUSTech are the co-corresponding authors.

A
Reduce After Graduate
A
Normal
A
Amplify
Next
Return
^ TOP