Research Assistant Professor Wei Qi’s team from the School of Environmental Science and Engineering at the Southern University of Science and Technology (SUSTech) has recently achieved a series of important results on extreme hydrological events and extreme climate influence on hydrological processes. He has successively published four academic papers in renowned journals such as Geophysical Research Letters, Environmental Research Letters, Journal of Geophysical Research: Atmospheres, and Journal of Hydrology. 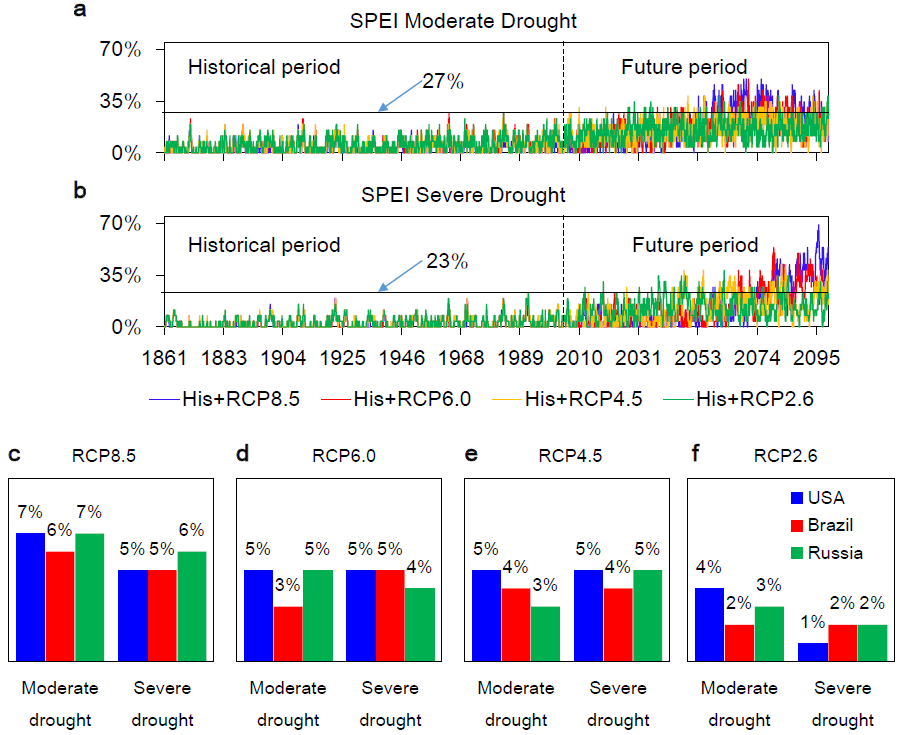 In this research, Prof. Qi’s team coupled the WEB-DHM-S hydrological model and the CaMa-Flood hydraulic model to generate the WEB-DHM-SG model, which is suitable for large-scale/global hydrological simulation. Then, they applied the WEB-DHM-SG to the Yangtze River in China. They found that climate-induced changes in flood inundation areas and resulting economic exposure decreased overall. In contrast, GDP growth increased potential economic exposure to floods. Based on this model, they also evaluated the benefits of raising dikes in the Yangtze River. The study has significant policy and socio-economic development implications.

Figure 2. Flooding risk in the middle and lower reaches of the Yangtze River

Their third study, entitled “Divergent and changing importance of glaciers and snow as natural water reservoirs in the eastern and southern Tibetan Plateau,” was published in the Journal of Geophysical Research: Atmospheres. Glaciers and snow are natural water reservoirs in the Tibetan Plateau (TP), affecting ecosystems, water and food security, and more than one billion downstream people. Meltwater volumes are traditionally estimated using the degree-day concept considering only air temperature, which cannot consider the influence of downward solar and longwave radiation, humidity, wind, and resultant turbulent heat fluxes.

In this work, the researchers used a physically based energy budget approach considering the full energy balance in seven large river basins in the eastern and southern Tibetan Plateau. From 1982-2011, they estimated that the average glacier melt was 0.32 m water equivalent/year with large spatial variability, and the glacier melts accelerated at a rate of 0.42 mm/year. On average, snow and glacier melt contributed 17.6% of annual river discharge during 1982-2011, including 10.0% from snow and 7.6% from glaciers. Mainly due to decreasing snowmelt, glacier and snowmelt contributions to discharge would decrease to 11.9% during 2021-2050 under the extreme climate scenario. This study provides critical information on the importance of glaciers and snow as natural water reservoirs to sustain freshwater supplies for people and ecosystems. Figure 3. Snow and glacier melt contribution to discharge in the eastern and southern Tibetan Plateau

The fourth study, entitled “Warming winter, drying spring and shifting hydrological regimes in Northeast China under climate change,” was published in the Journal of Hydrology. As an important agriculture production area globally and a flood-prone area, future hydro-climate changes in winter and spring in Northeast China could have a remarkable influence on spring water resources and floods. Yet, studies on future hydro-climate variations with special considerations of snow influences remain limited in the region.

In this research, Prof. Qi’s team studied the snow changes and the hydrological impacts in Northeast China under climate change. The results showed that winter is warming faster than spring. Compared to the historical period, snowmelt contribution to spring average and maximum runoff would decrease by at least 39% and 23%, respectively, during the near future 2030-2059 time period. Under the extreme climate, the peak time of spring snowmelt runoff would move from April to March, and snowmelt contribution to runoff would decrease to almost zero in May at the end of this century. This study is useful for adaption to climate change and developing sustainable water management strategies for Northeast China. Prof. Wei Qi is the first author of all the above papers. Prof. Lian Feng is the corresponding author, and SUSTech is the first unit of the papers.

These studies were funded by the Strategic Priority Research Program of the Chinese Academy of Sciences and the National Natural Science Foundation of China (NSFC).

Paper links (In order of appearance above):