Algal blooms constitute an emerging threat to global inland water quality, yet the spatially and temporally detailed characterizations of lake algal bloom at the global scale remain unknown. Using 2.91 million Landsat satellite images from 1982 to 2019, researchers from the Southern University of Science and Technology (SUSTech) provided the first long-term characterization of algal blooms in 248,243 freshwater lakes, representing 57.1% of the global lake area in total. 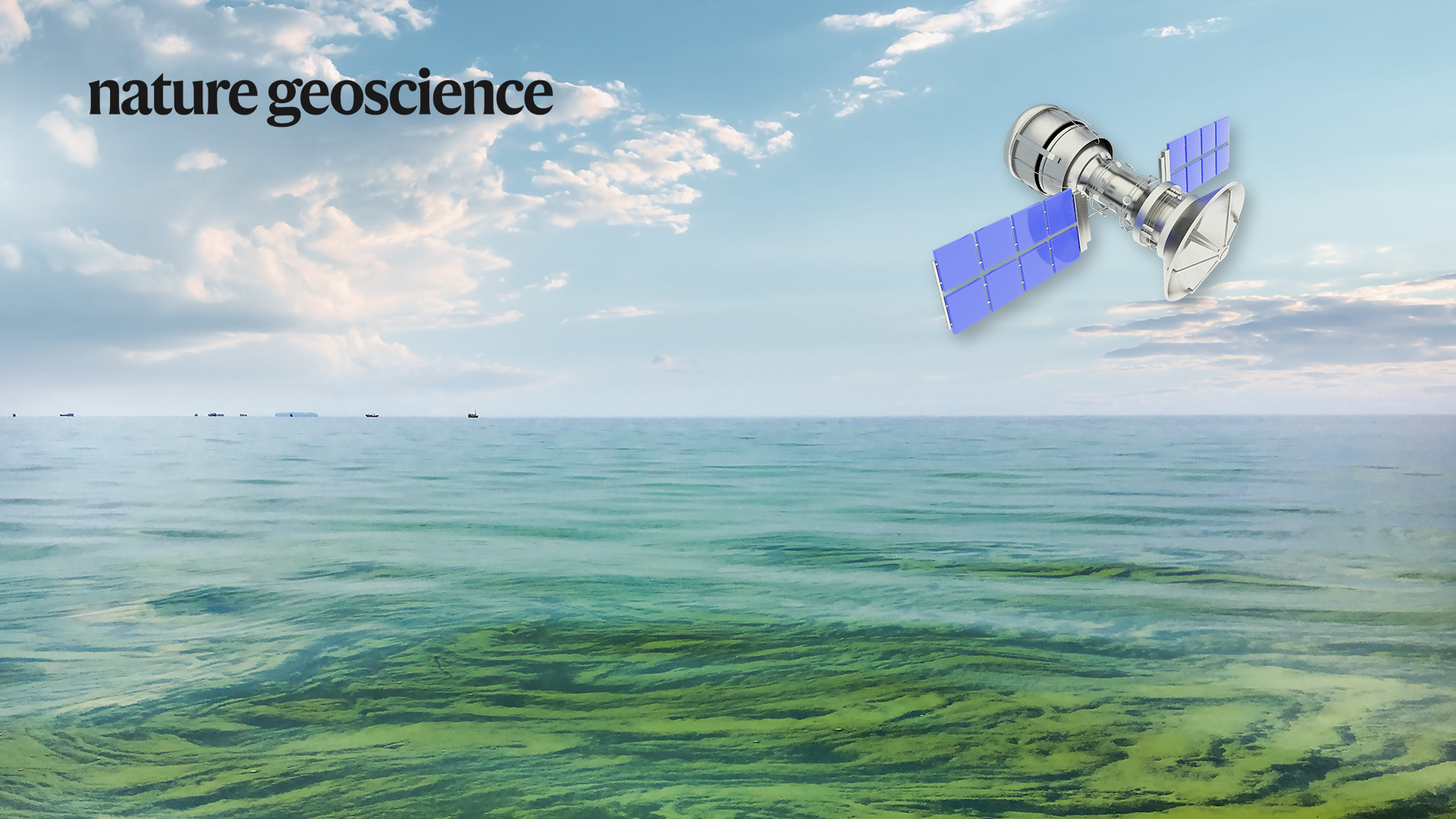 Associate Professor Lian Feng’s group from the School of Environmental Science and Engineering (ESE) at SUSTech developed a fully automatic algorithm to discriminate algal bloom based on remote sensing and the CIE (Commission Internationale de L’Eclairage) color system. Applying this algorithm to 2.91 million Landsat images, they constructed the first global lake algal bloom database and revealed the spatially and temporally detailed patterns in lake algal bloom across the globe.

Their research paper, entitled “Global mapping reveals increase in lacustrine algal blooms over the past decade,” was published in Nature Geoscience, a top-tier journal documenting major advances in geoscience. 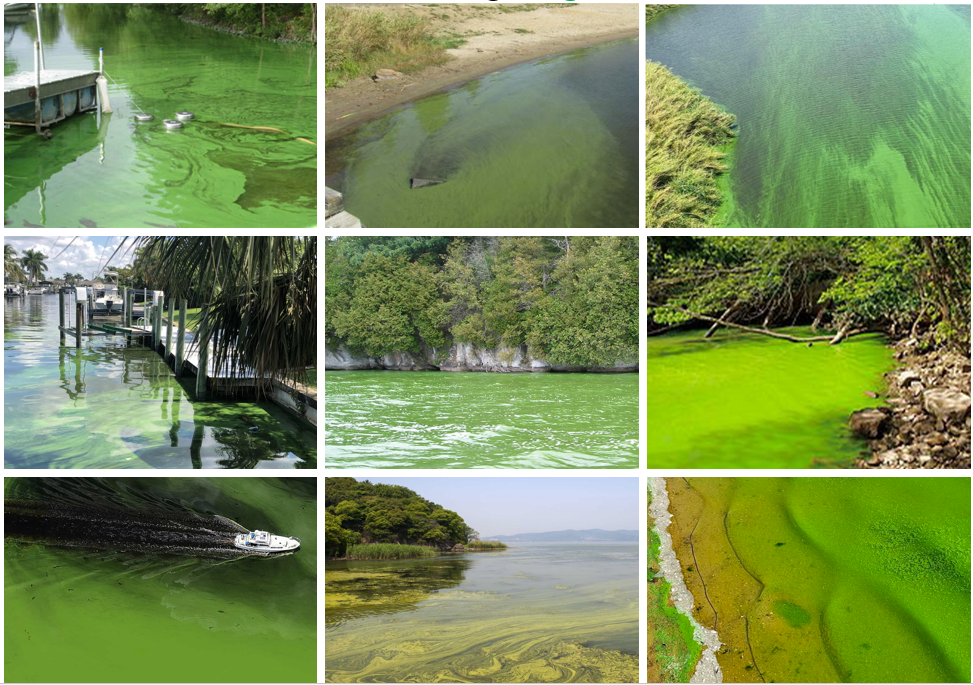 Figure 1. Photos of the freshwater algal blooms (all pictures collected from the Internet)

At present, the remote sensing algorithms (such as the vegetation index) in algal bloom discrimination constructed for individual lakes are mainly based on the fact that algal blooms have obvious uplift signals in the near-infrared band, which is similar to vegetation. However, due to the large spatiotemporal heterogeneity of the lake background environments, such algorithms cannot meet the needs of global-scale lake algal bloom monitoring.

To address this problem, considering the most basic color (green) of algal blooms in freshwater lakes (Figure 1) and based on the CIE color system, the research group firstly developed a remote sensing automatic discrimination algorithm which is suitable for algal blooms identification in different lakes around the world. They collected the bloom sample data from lakes that have reported algal blooms around the world, and obtained the red, green, and blue reflectance values of the algal bloom satellite data. Then, the reflectance values of red, green, and blue bands were converted into green values in the CIE color space through the CIE xy color system. The lower boundary of these green values was constructed as an algal bloom identification algorithm (Figure 2). When the green value of a pixel is greater than the lower boundary value (that is, the water is greener), the pixel is determined to be an algal bloom pixel.

This study found that the MBE in global lakes reached 312,723.99 km2, accounting for 11.7% of the total lake area in the world. A total of 21,878 lakes in the world have suffered from algal blooms problems (Figure 3). Algal bloom outbreaks occurred on all six continents, and there were significant spatial differences in the BO across continents (Figure 4). The MBE and BO of global lakes have increased significantly since the 2010s, mainly from Asia and Africa. The increase in fertilizer use and global warming are the possible reasons for the deterioration of global lake algal blooms. 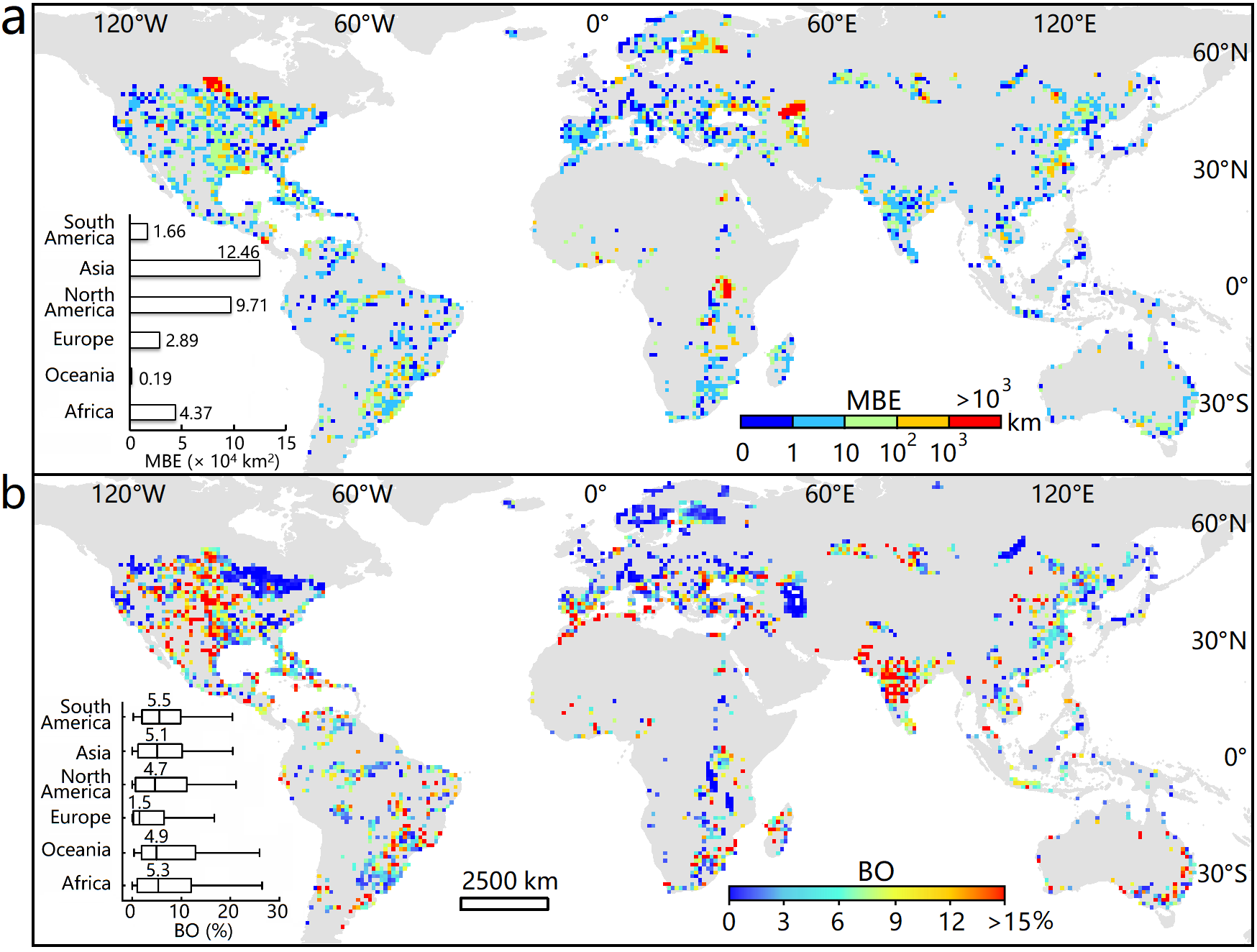 Figure 3. Global patterns of lacustrine algal blooms between 1982 and 2019. (a) MBE (in km2); (b) BO (in %). Continental statistics (summarized MBE values, box plots for BO) are presented in each panel. 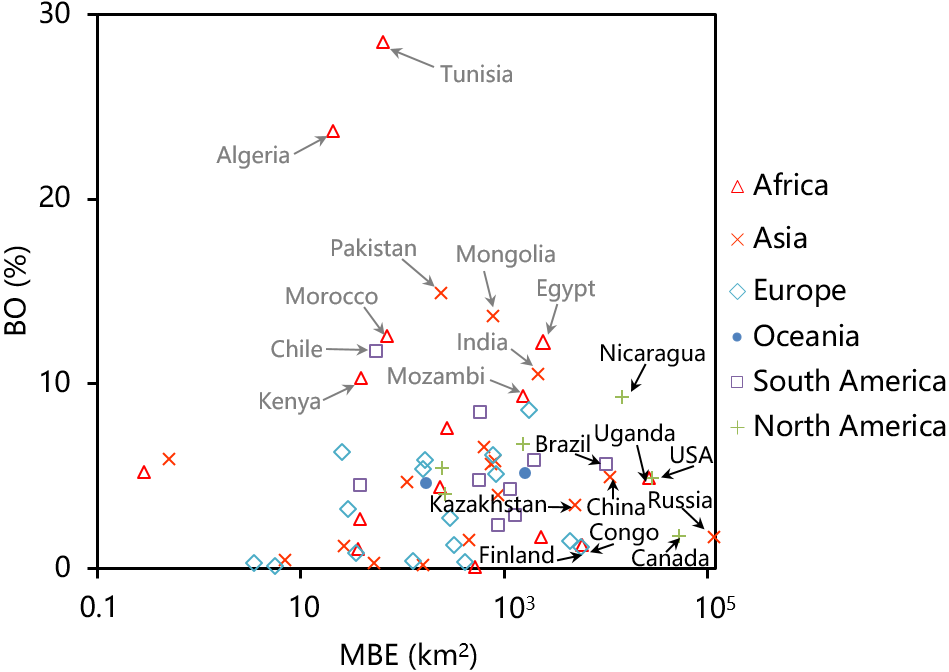 Figure 4. Scatterplot of MBE (in km2) and median BO (in %) for 65 countries in six continents. The black (grey) arrows indicate ten countries with the largest MBE (BO).

This research provides essential information for the attribution and prediction of lake algal blooms. It gives a reference for evaluating the ecological, economic, and social impacts of algal blooms. Additionally, it also supports local governments and environmental agencies in formulating relevant policies.

Dr. Xuejiao Hou, a researcher in Prof. Lian Feng’s group at SUSTech, is the first author of this research paper. Prof. Feng is the corresponding author of this paper.

This study was supported by the National Natural Science Foundation of China (NSFC), the Strategic Priority Research Program of the Chinese Academy of Sciences, and the Shenzhen Science and Technology Innovation Committee.