Recent rapid urbanization worldwide resulted in increasing urban residents. Short-term (sub-daily) precipitation extremes are expected to be more frequent and intense than in the past as the global climate continues to warm. Many urban areas worldwide have witnessed the consequences of extreme precipitation events, resulting in devastating waterlogging and flash flooding. China has experienced rapid urbanization since the 1980s. During this period, the country has suffered many recent severe urban flooding episodes, causing great casualties and economic losses. However, most of the work has been performed for only a few metropolitan areas. The knowledge of the effects of urbanization on precipitation at regional-to-national scales in China remains limited.

Xiaowen Huang, an undergraduate of the School of Environmental Science and Engineering at the Southern University of Science and Technology (SUSTech), was part of a research team that has recently published their results on the impact of urbanization on hourly extreme precipitation in China. The paper, entitled “Influence of urbanization on hourly extreme precipitation over China,” was published in Environmental Research Letters. 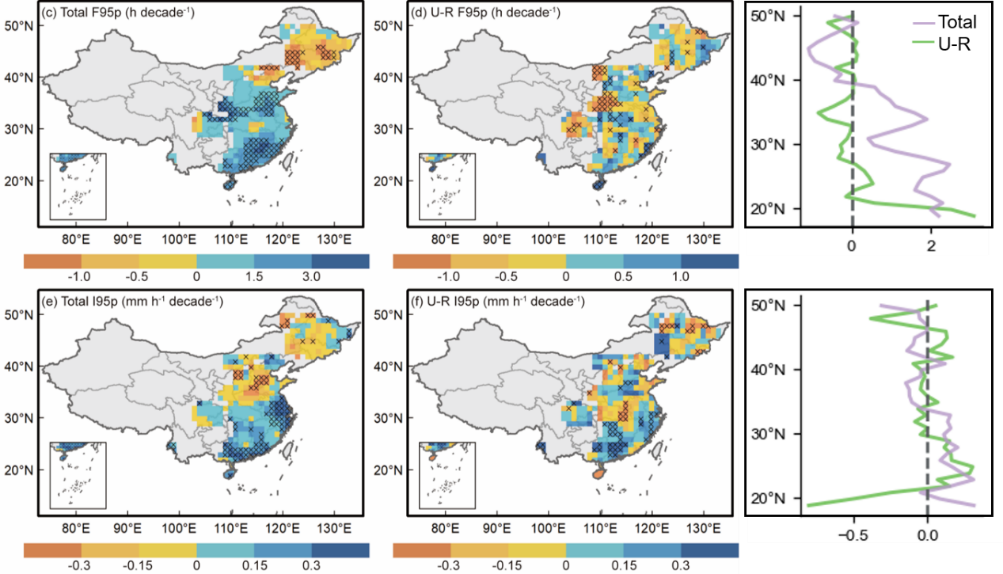 Figure 1. Spatial distribution of linear trend of extreme precipitation frequency and intensity over China for all-station anomalies and urban-rural differences, 1985-2012, along with their zonal means 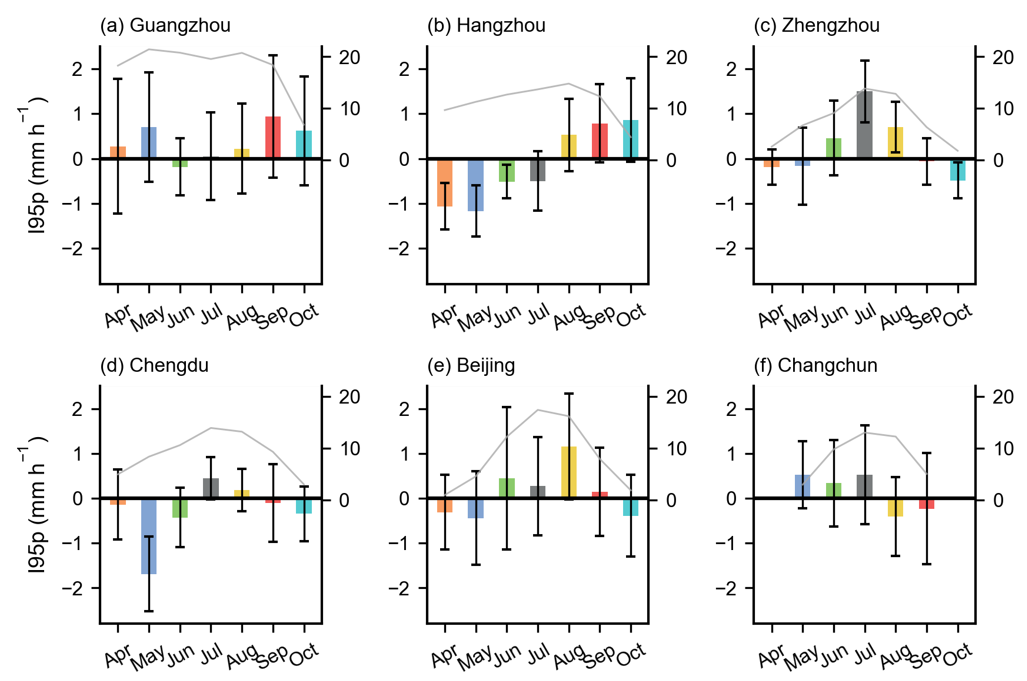 The study reveals the impact of urbanization on the spatiotemporal pattern of extreme precipitation over China, including smaller size cities separated from large urban agglomerations. These patterns warrant attention when assessing the risk of increased waterlogging and flash flooding, and provide insights into future hazard mitigation in urban areas.

Xiaowen Huang from SUSTech is the first author of this paper. Associate Professor Zhenzhong Zeng and Research Assistant Professor Dashan Wang are the co-corresponding authors.